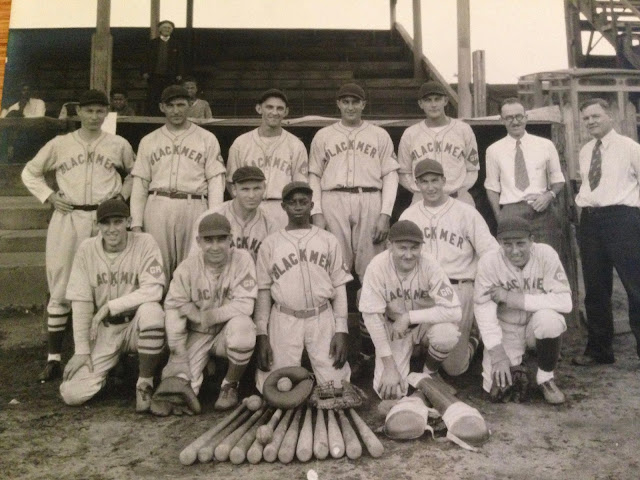 Henry Schippers on the Blackmer Pump team.  He is in the back row next to the man in glasses. 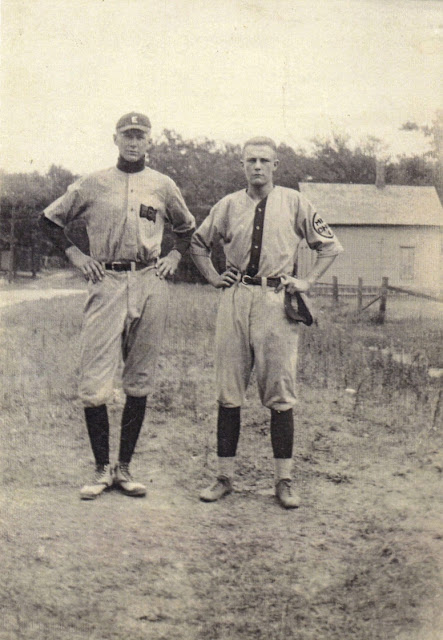 This is the launching page for my research on baseball teams in the Grand Rapids, MI area from the early 1900's.  My starting point was this photo of the 1926 GR Body Co. team - my Great-Grandpa Konyndyk was the pitcher.  I am interested in what became of the players of this team, what other teams they played for and the location of the games.  My first question when seeing this photo was "What's indoor baseball?"  This site is the random stuff I have collected so far.
Here is a good overview of the history of professional baseball in Grand Rapids. 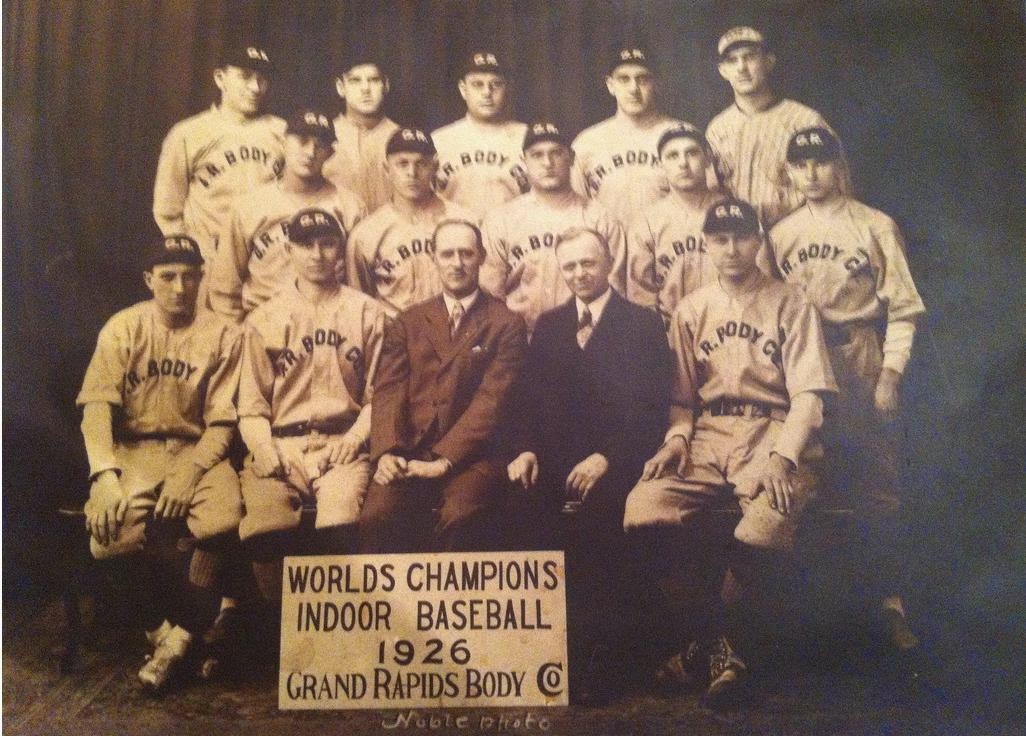 INDOOR LEAGUE TO BE FORMED HERE SOON TEAMS WILL EACH PLAY ONE GAME A WEEK AT ARMORY The Indoor Baseball league sition of Grand Rapids is expected oon to be in full swing Two games ave been played up to date 011 vs and Elks vs Badgers The Badgers are the mi team to organize and altho not in their first game show some good material The son and Normington teams dated before the game and have formed quite a strong nine C A Normington is at the head organization and working toward a permanent league It is the purpose of the founders of this idea to form a six team league and allow each team to play at least one game a week The Consolidated have ed two teams but have made no ther action to play All ing concerns or institutions of any kind are asked to organize a team and get in Request for admission may be made to Mr Normington A meeting will be held Saturday or Sunday.

The Library of Congress has more than one thousand of these guides, believed to be the largest collection held by any institution. A small sample is offered here in Spalding Base Ball Guides, 1889-1939; in the future, the entire collection may be digitized and made available on this Web site. The twenty Official Indoor Base Ball Guides and fifteen Spalding's Official Base Ball Guides currently presented are examples of the annuals described above.
While the game of baseball covered in Spalding’s Official Base Ball Guides is well known to most Americans, the game described in the Official Indoor Base Ball Guides may at first seem unfamiliar--yet in its current incarnation it is probably played by more Americans than traditional baseball. According to The New Dickson Baseball Dictionary, indoor baseball is “[t]he original name for the game from which modern softball derived. Its rules were written by George W. Hancock of Chicago who was one of the group of young men who created the game, using a boxing glove for a ball and a broomstick for a bat, while waiting at the Farragut Boat Club for the telegraphed results of the Harvard-Yale football game on Thanksgiving Day, 1887. Thus, softball in its first incarnation was baseball played inside a gymnasium” (Paul Dickson, The New Dickson Baseball Dictionary [New
York: Harcourt, Brace and Company, 1990], p. 268). 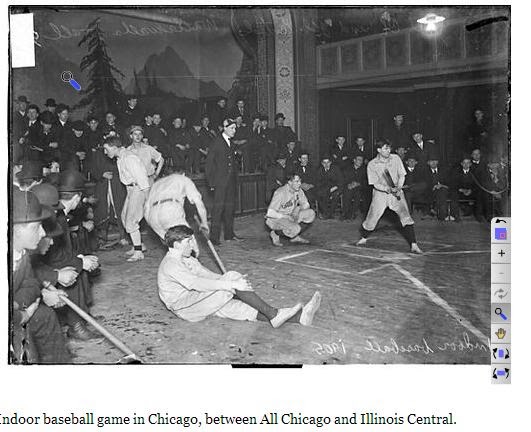 History of Baseball in Grand Rapids

The following lists were provided by the Kent Base Ball Club website:

TIMELINE OF BASEBALL IN GRAND RAPIDS

Above is an aerial photo of the field at the Kelvinator plant - perhaps the home field of the GR Leonards?  This is near the corner of Clyde Park Avenue and Chicago Drive.
Below is the site today, part of the Godfrey Lee Schools athletic complex. It looks like the track is in about the same location but the baseball field is now east of the track.

Below is a photo of the Kelvinator complex in the 1950's looking southwest - notice the ball diamond in the upper right corner.

This field is not to be confused with Kimble Field which is located just a 1/4 mile north of the Kelvinator field.

Below is and aerial photo from 1960 showing Kimble Field.

Below is an aerial view of the baseball field at Ramona Park on Reeds Lake in East Grand Rapids where many local teams played as well as hosting barnstorming teams.  The Detroit Tigers once played an official home game here. 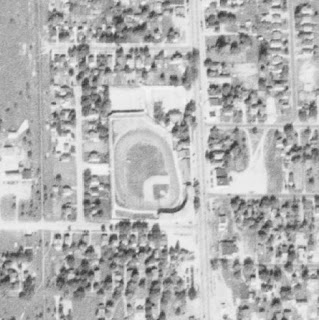 Near the northwest corner of 39th Street and Division Avenue. 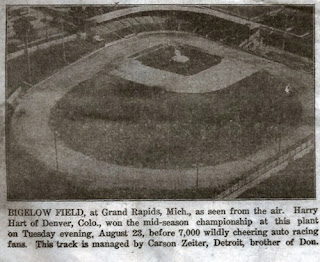 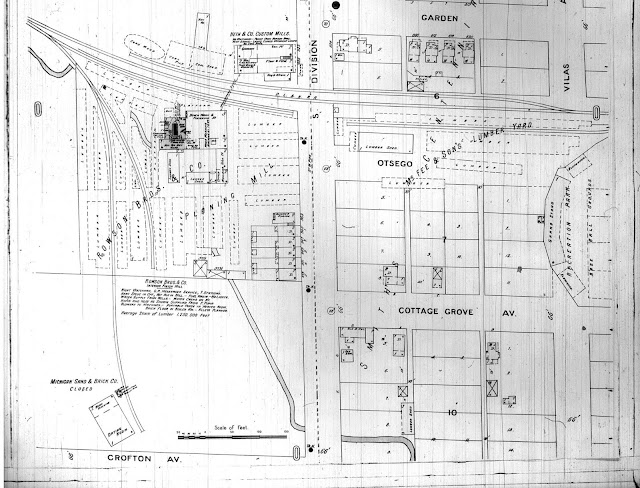 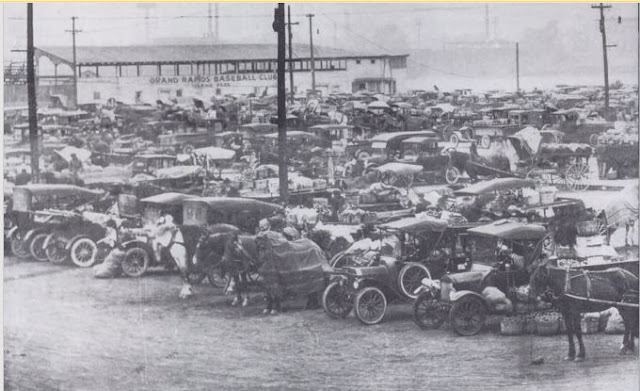 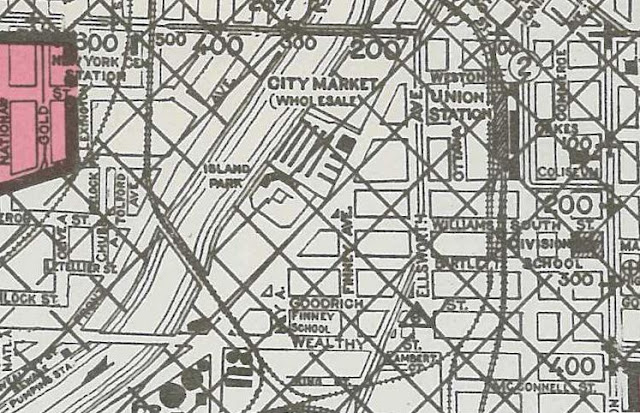 Jim Command, nicknamed "Igor", was signed by the Philadelphia Phillies in 1947 to a contract that a newspaper said made him one the highest paid first-year class B players in the country. He was farmed to Terre Haute of the Three-I League, the same league his father, John "Ike" Command played in 35 years earlier. The elder Command had also been a golden gloves boxer.

Command was a third baseman in the majors for the Phillies in 1954 and 1955. His first hit was a grand slam home run, hit at Ebbets Fieldoff Carl Erskine in the first game of a doubleheader. The homer drove in Earl Torgeson, Granny Hamner and Del Ennis. He also started the second game, doubling in two more runs and accounting for all of his major league RBI.
Command played catcher for the Omaha Cardinals in 1957 where he was teammates with Tom Cheney and Bob Gibson.
He was the coach at Grand Valley State University from 1971-1973.
In 1996, Command was inducted alongside Gerald Ford into the Grand Rapids Sports Hall of Fame.
Posted by rootj01 at 4:00 PM No comments: 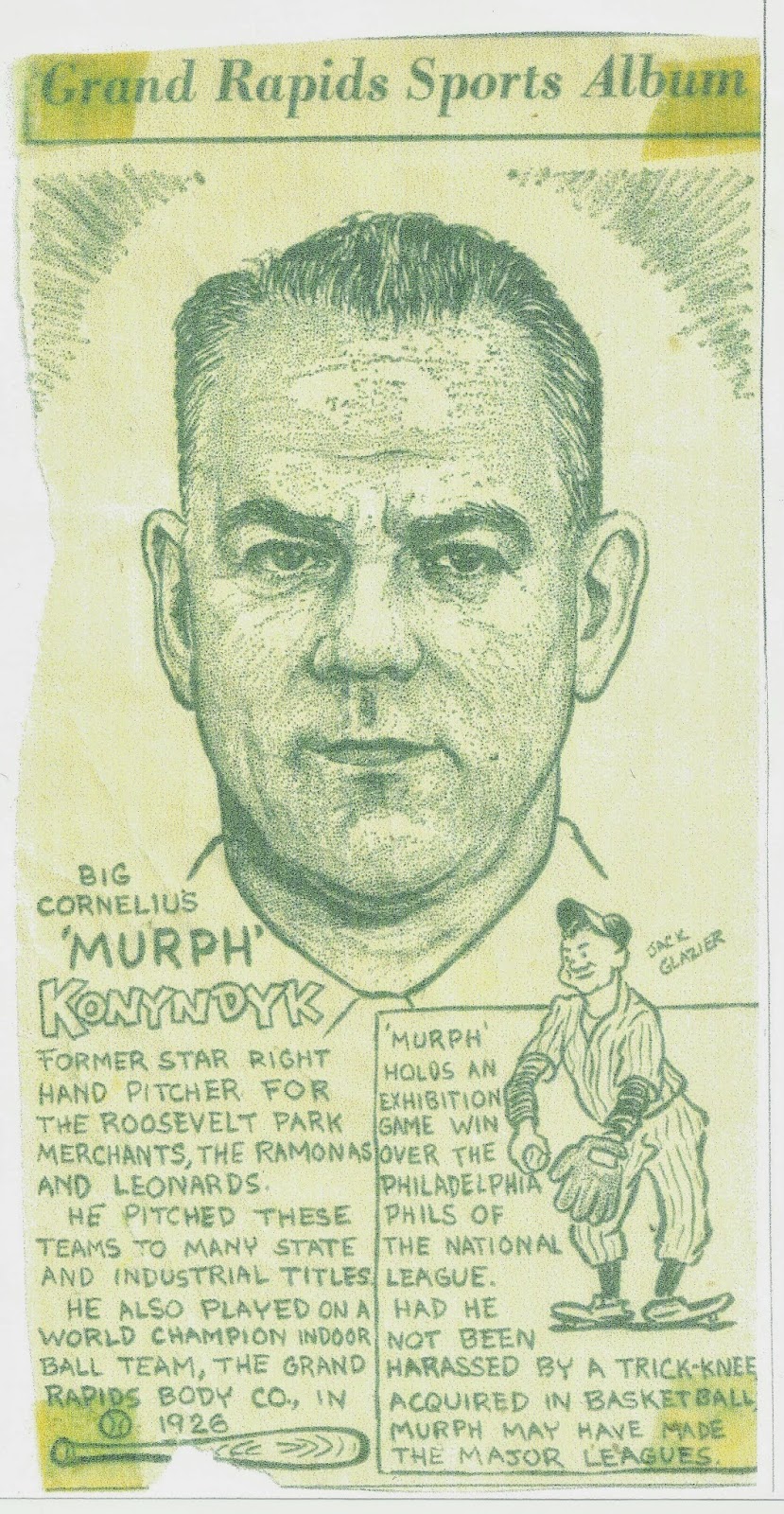 (I have not confirmed that this is the same Johnny Lucas in the photo of the 1926 Grand Rapids Body Co.)
From Wikipedia.com:

John Charles Lucas [Buster]
(February 10, 1903 – October 31, 1970) was a backup outfielder who
played briefly for the Boston Red Sox in the 1931-32seasons. Listed at 5 ft 10 in (1.78 m), 186 lb., Lucas batted right-handed and threw left-handed, a fairly unusual combination. He was born in Glen Carbon, Illinois.
In a four-game career, Lucas went hitless in three at bats. He did not have fielding chances in two outfield appearances.
Lucas died in Maryville, Illinois at age 67.
Posted by rootj01 at 3:58 PM No comments: